Recognizing the 3 Stages of Charcot Foot

The ancient Chinese proverb “a journey of a thousand miles begins with a single step” is still cited frequently in our modern world for a simple reason – it’s completely true. There are few, if any, instances wherein something just happens instantaneously, without at least a certain amount of...
Read more


Identifying Hazards of the Heel

The back often isn’t pegged as the best place to reside. For example, given a choice, you’d rather be at the front of the lines for Food Truck Fridays than the back! Our heels don’t really get to choose their places in the feet, of course, but they don’t...
Read more


Midfoot Maladies: Between the Toes and the Heel

Sometimes, the things that lie in-between don’t get as much attention as they deserve. Middle children will probably agree with us whole-heartedly here. When it comes to the feet, the toes are well taken care of and the many, many complaints of the heel also tend to get plenty...
Read more

If a sharp jolt of heel pain greets you now and then—and especially in the morning—you are not alone. Painful heels are common complaint, and plantar fasciitis is the number one cause. The stress of repetitive actions such as those found in running or added pressure from weight...
Read more

Life can be full of choices that must be weighed against each other. Should you sleep in or commit to a morning run? Should you sample more of the food at the annual Bloomington Garlic Fest or deodorize for that night’s date? Or (and you might have seen this...
Read more


Tips for Treating Your Plantar Fasciitis

Residents of Bloomington and the surrounding area will be meeting in the Chase Bank Drive Through parking lot Sept. 12. It’s not to break the Guinness World Record for most people making a deposit at the same time, but to start off the Bloomington 5K Breakaway run and walk!...
Read more


You Can Prevent Some Heel Pain

If you want an excuse to get out for a bit, it’s hard to go wrong with The Chocolate Moose and their Food Truck Fridays. There are always a good number of trucks in attendance, as well as some fun performances and entertainment on the side. Now, touring food...
Read more


Identifying Your Source of Heel Pain

You can kick up your heels at Player’s Pub just about any night of the week, with a variety of acts spanning jazz to rock. Of course, you might not want to do much of anything with your heels if you find yourself often dealing with sharp or aching...
Read more 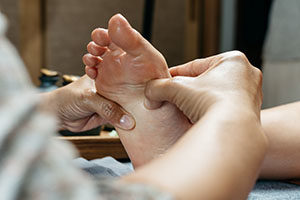 Being grateful can significantly change the way you look at your life. If you’re thankful, it’s easier to put things in perspective. Take your heel pain, for example. Sure, it’s National Breast Cancer Awareness Month is all about knowledge, treatment, and prevention of this type of cancer, which is the second most common type found in women. In fact, 1 in 8...
Read more