How Orthotics Can Take the Pressure Off

If you’re overloaded with work, stressed-out, and feel like you have a lot of pressure on you, a little help can go a long way! That’s not only true with people, but also with diabetic wounds. A big part of avoiding complications from a wound and allowing it to...
Read more


Are Orthotics Worth the Cost? 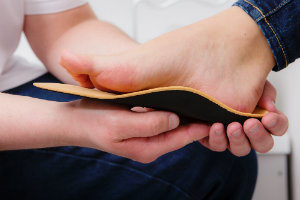 Between 2007 and 2009, our nation was mired in The Great Recession. During this time, people began to regain a sense of “value” when it comes to...
Read more

Are you ready to go eagle spotting? The annual Eagle Watch Weekend is upon us, held at Fourwinds Lakeside Inn & Marina from Jan. 29th-31st. Head out to some “hot spots” and search for an elusive bald eagle. If a solution for your foot pain has been eluding you,...
Read more


What Orthotics Can and Can’t Do

You’ve probably come across them more than once: the “as seen on TV” products that make sweeping claims of marvelous feats—as long as they’re within the confines of that small legal text in the corner of the screen. Custom-made orthotics aren’t going to make Julienne fries, but we’ve...
Read more


How to Know When Orthotics Wear Out

How many friends do you have on Facebook? Out of those so-called “friends,” how many of those people would you lend $50? I’m guessing not all of them—you’d be really broke, besides! Behold, National Unfriend Day! A way to get rid...
Read more


Choosing Orthotics or Inserts for Your Feet

Life is full of choices: what to put on your plate in the buffet line, what movie to watch when you are at the theater. The hard part of making choices is when it involves something that you are unfamiliar with, or when you don’t know what is best....
Read more